Is It Safe to Use a Massage Chair During Pregnancy?

If you are pregnant, you may be wrestling with whether to indulge in a massage or even a massage chair session. For many pregnant women, they have no idea that the topic is so controversial. This is especially the case if they have a habit of using massage chairs before the pregnancy. Unless the chair has a clear warning that catches their eye, or someone warns them, they are unlikely to have a second thought about something as seemingly innocuous as a massage chair.

But, there is a heated discussion about whether a mechanical massage chair can harm unborn fetuses, especially in the first trimester. On one side of the debate is anecdotal evidence. People may say it is safe because they see pregnant women sitting in massage chairs at a gym or spa all the time. 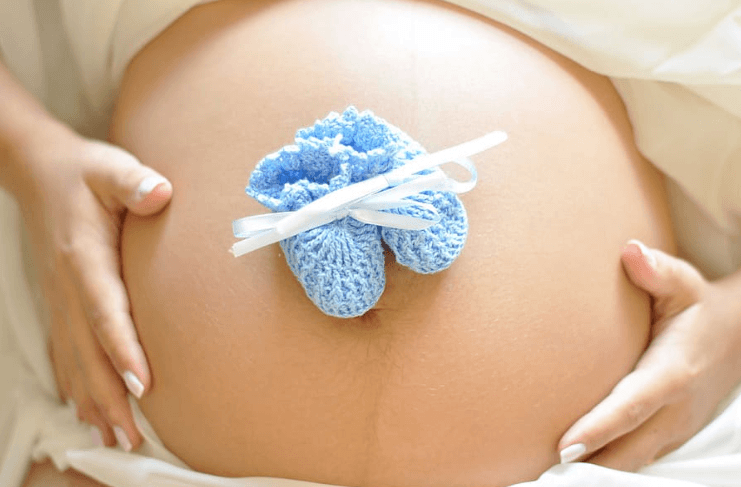 On the other side, many health care professionals are split over whether massage chairs, in the very least, increase the risk of inducing premature labor or have other subtle effects on the health of unborn fetuses. The fear is over a lack of specific studies and the precautious conservative view of some medical professionals who believe the artificial modern conveniences are not worth the risks. (1)

The Key Benefits of Massage Therapy

Women who are pregnant may be overcome with stress and anxiety from their daily lives. It is easy to understand how enveloping your body in the bliss of tender massages to relax the muscles while you drift off into space is so desirable. This is especially the case when women are pregnant, and their bodies are going through drastic hormonal and physical changes. 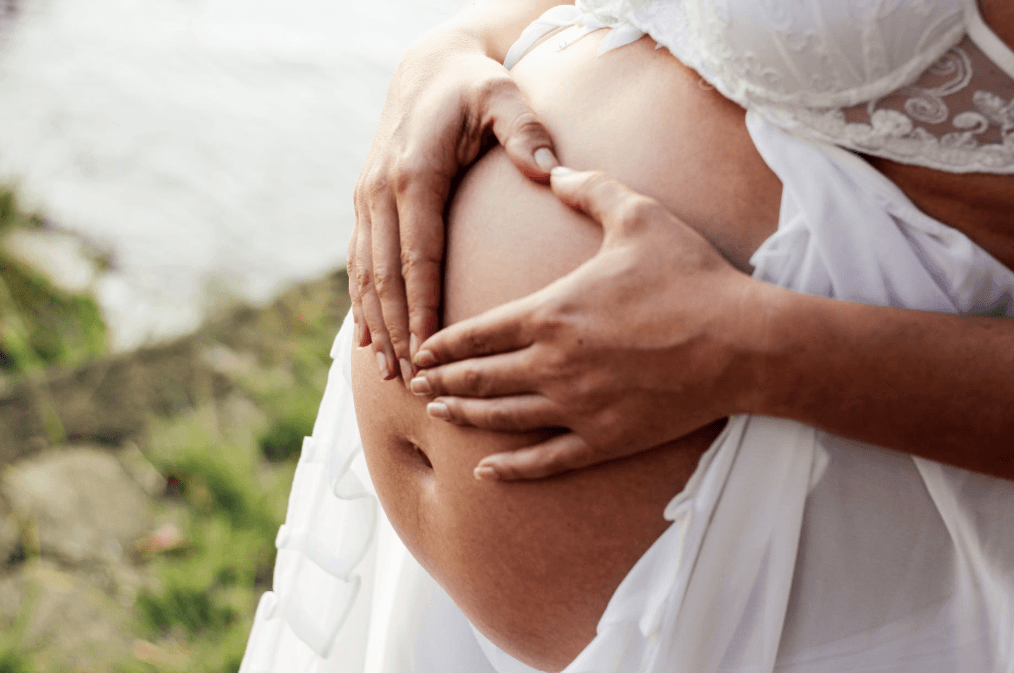 Possible Key Benefits According to Studies Cited by WebMD:

These health benefits are so widely publicized that women are now seeking massage therapy in the hands of a licensed professional as an alternative therapy more than any other therapy on the market. However, the key distinction here is that these women are going to professional masseuses rather than sitting on a machine that emits heat and vibrations.

Professional massage therapists tend to refrain from giving any type of massage in the first trimester even with the know-how of what specific techniques may be dangerous. A professional masseuse will avoid deep-tissue massages and massages that involve the lower pelvic region and areas surrounding the uterus. A robotic chair is not capable of discerning and may create an unhealthy habitat for the fragile organs and cell structures that are forming.

The Specific Dangers of Mechanical Massage Chairs During Pregnancy

One chief concern is elevated temperatures inside the womb that may cause heart rate spikes, especially in smaller babies. Most mechanical massage chairs have a heating element or wand device that transfers heat to relax muscles and reduce the build-up of lactic acids and other proteins that form after exertion. Heat is effective because it dilates the blood cells according to Medical News Today to improve circulation to soothe aching muscles.

Is it Safe to Use an Automated Massage Chair While Pregnant?

When we look at the rationale of medical experts who are against the use of massage chairs, the arguments are flimsy. In ancient times, expecting mothers would be exposed to far greater temperature changes in most regions of the world than current mothers.

Although the risks of labor complications in those women has not been calculated, the biggest risk of labor in human women is due to the extraordinarily large size of human heads during birth. A baby’s head may make up more than one-third of its total body mass, a figure that is alarming when compared to other natural births among animals.

The other major risk, according to VeryWellFamily.com for pregnancy is in women who have pelvic inflammatory disease (PID). PID is usually the consequence of delayed diagnoses of sexually transmitted diseases during pregnancy and is a leading cause of ectopic pregnancy and infertility.

The leading cause of miscarriages, according to Avawomen.com, is due to chromosomal abnormalities that would likely have nothing to do with massage chairs or any external influences.

However, because a recent study found that 94 percent of modern births are considered to have at least one complication, it is easy to see why medical health professionals and expecting mothers may be concerned.

Is the Prohibition Against Massage Chairs Junk Science?

The conservative view seems to use sophistry to convey a sense of rationale as a way of reasoning that the “ends justify the means.” That is to say, if they have already concluded that there are risks and that more studies need to be done, then they will find some arguments to debate the use of massage chairs.

But, when we take a closer look at the issue, it makes sense to believe that women who are already at a heightened risk for pregnancy problems should probably avoid them. The average young women on the street may have nothing to worry about if they go for an occasional massage. After all, many women can go through the first trimester or even an entire pregnancy without even knowing that they are pregnant.

The thought of avoiding massage chairs is just plain old common sense for many medical professionals. If you can benefit from alternatives like yoga, chiropractors, Tai chi, acupuncture, and massages by a highly trained masseuse, why risk it? Many women don’t risk it and feel better with peace of mind because they know the risk is debated.

Of course, aromatherapy is one type of relaxation method that pregnant women should outright avoid because these natural substances can be toxic in concentration. Avoiding toxins is just a matter of common sense. How beneficial it is to avoid pressure points, vibrations, and heat therapy is a more situational debate.

Considering that the biggest complications during a birth are from high blood pressure and genetic deformities, it is hard to imagine that subtle outside stimuli that can happen in nature are so traumatic to unborn babies. We have sensitive cells in our ears that are far more sensitive than any fetus because they depend upon hairs vibrating in a fluid to stimulate nerves. 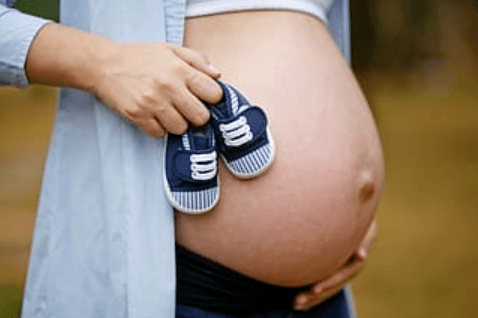 In addition to massage chairs, even riding on a bus can produce enough low-frequency vibration to make anyone nauseous. Whether pressure points and subtle and more pointed stimulation of the nervous system is bad for the baby is hard to theorize. This is because it would be likely for the expecting mother to first feel discomfort before the baby.

What’s good for the goose is what’s good for the gander comes to mind. Although the mitosis processes should not be burdened during pregnancy, if there is a hormonal benefit of relaxation, then this may outweigh any perceived stressors of the massage chair. If mommy is relaxed, maybe baby is relaxed when stress hormones are at low levels.

If your doctor believes that you are at risk for complications for any number of reasons, you should avoid massage chairs if even to relieve the stress of worrying. People may feel sick after using a massage chair from the low-frequency vibrations and later regret trying it. The anxiety may feed off itself if they are at risk of complications and begin to worry about it. Therefore, women should avoid massage chairs if only for peace of mind.

Yet, because there are no firm scientific studies or weighty scientific reasons to categorically avoid massage chairs, it may be something relaxing for an expecting mother who doesn't have a lot of money or insurance coverage to spend on alternative stress-relief therapies.

It may also depend on how violently the massage chair vibrates and whether the effect is traumatic on a fetus. The massage chair for pregnant women debate goes on. You can decide for yourself. The better bet is to at least avoid massage chairs if you are at risk of complications and, in all women, during the fragile first trimester. 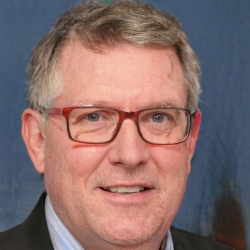 Grant Moore
Grant is the main voice behind Massage Chair Hero, an avid tester and user of all massage and health-related home devices. In his spare time, he enjoys reading and baking healthy desserts. You can find out more about him here.